Ferguson Marine (Port Glasgow) has appointed a new chief executive officer to lead the business to sustainable growth. David Tydeman will take the helm at Ferguson Marine on 1 February 2022.

With a career spanning four decades, David brings a wealth of industry and senior leadership experience covering shipbuilding, offshore projects, capital infrastructure, and mergers, acquisitions and turnaround operations. His appointment at the Port Glasgow shipyard will see him return to shipbuilding on the Clyde; David started his career as a Lloyds Register surveyor at a Govan shipyard after graduating as a naval architect at Southampton University in 1976. He also has an MBA from
Henley Management College.

David spent 20 years in the marine, shipbuilding and offshore industries, including roles at Occidental; the American Bureau of Shipping; and Vickers Marine (now Rolls-Royce Marine) as director of global technical support and services for around 20,000 vessels.

From 2000, David secured a series of strategic leadership and executive management roles, including vice president at Cap Gemini, working on Network Rail’s acquisition of Railtrack; chief operating officer at AWG plc, leading on the sale of Morrison plc businesses; and CEO (building
division) at Skanska, where he managed complex PFI contracts for schools and hospitals.

Between 2008 and 2018, David was group chief executive at Oyster Yachts, a British designer and builder of luxury yachts. He secured around 150 contracts worth £350 million, steered the company
through two periods of private equity ownership, and is credited with building a strong, globally recognised brand. He then spent 18 months as chairman at Fairline Yachts, a British manufacturer of luxury motor yachts, and fulfilled a remit to appoint a new executive team and put the company on a path to profit. Since then, David has been providing consultancy services for several luxury yacht construction projects.

David was appointed following an extensive recruitment process, which was managed by Odgers Berndtson in partnership with the Ferguson Marine Board and involved an international search for
candidates.
Ferguson Marine turnaround director, Tim Hair, who has led the business since August 2019 and implemented a major transformation programme, will depart in February 2022 following a short handover period.

Alistair Mackenzie, Chairman of the Board at Ferguson Marine (Port Glasgow), said:

“It is the right time to welcome a permanent and longer-term leader. David will be responsible for continuing to roll-out the ongoing turnaround plan, deliver the dual fuel ferries project, win new
vessel orders and drive sustainable growth and expansion. He has a unique blend of shipbuilding, capital project and business change knowledge and experience at an executive level, which we
believe is vital to securing a sustainable future for the shipyard. He also brings strong leadership skills and a proven track record of managing complex situations.

“The Board and wider team at Ferguson Marine extend our thanks to Tim Hair for his leadership, expertise and commitment over the past two years. It has been challenging, not least because of a
global pandemic, but he has implemented a series of important changes, systems and controls and built an experienced and skilled team to strengthen the business and establish a solid footing for
growth.

“A new CEO for the business is a positive and confident step towards a successful future, and we look forward to working with David to further rebuild the shipyard.”

Economy Secretary Kate Forbes said:
“Appointing a permanent CEO is an important milestone for Ferguson Marine and reflects the progress made since the Scottish Government stepped in to save the yard and the jobs. David Tydeman brings four decades of industry experience and senior leadership to Fergusons and will be key to securing our long-term ambitions for the yard.

“I want to thank Tim Hair who, alongside his team, has worked tirelessly to turn Fergusons around by ensuring the yard is fit for purpose, is working to complete the vessels and will win future
contracts. Tim Hair and his team have helped set Fergusons on that long-term path towards securing a sustainable future.”

Notes to Editors
• Image attached: David Tydeman
• The shipyard is wholly owned by Scottish Ministers. It was taken into public ownership in December 2019.
www.fergusonmarine.com 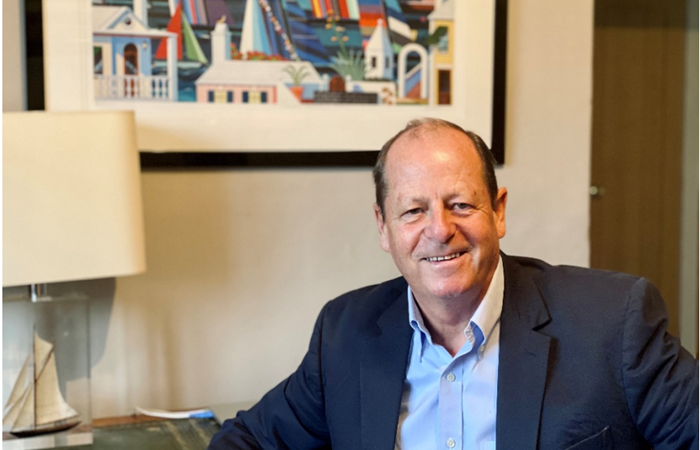 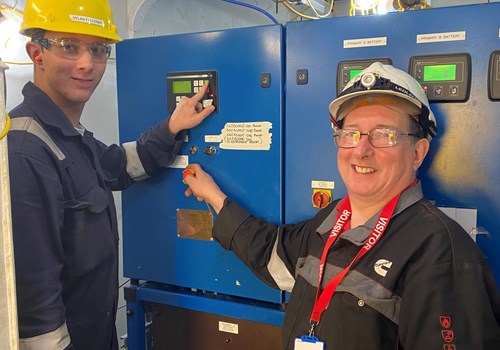