Ferguson Marine (Port Glasgow) Ltd is pleased to announce the appointment of a Chairman and non-executive directors to the Board.

Appointed by the Cabinet Secretary for Economy, Fair Work and Culture, the Board will bring a wealth of diverse and extensive experience to the business. They will work closely with the management team in Ferguson’s to deliver a sustainable future for commercial shipbuilding on the lower Clyde.

Alistair Mackenzie is a Master Mariner and an experienced Executive and Non-Executive Director.  Mr Mackenzie has spent some 35 years working primarily in the oil and gas energy sector with experience in a variety of senior management roles in both Oil Operator and Service Provider organisations. In one of those roles, he headed up the Contracts & Procurement and Logistics Support delivery to the Oil Operator’s offshore operations.  He has also been Managing Director of a Helicopter Operator delivering passenger and freight transportation services in support of oil and gas activates and the provision of commercial Search & Rescue cover.

Having retired from full-time employment in 2017 Mr Mackenzie is currently the Chairman of Aberdeen Harbour Board.  He had previously served as a Commissioner of the Northern Lighthouse Board and was Chairman of that organisation 2015 to 2017.

He is a joint owner and director of Mentor Aviation Services Ltd, a subsidiary in the Ace Dgm group of companies.

Tim Hair is a qualified Marine Engineer and a member of the Institute of Marine Engineering Science & Technology.  He spent his early career working at sea as an Engineer Officer.  Since then Mr Hair has worked in a range of industrial business, specialising in transformational change, and he has a track record of stabilising companies in difficult situations. Mr Hair has a wealth of experience across a range of sectors including oil & gas, manufacturing, aerospace and the automotive sector.

George Crookston has in excess of 30 years experience, having held senior finance roles in both large company and SME environments. Following many successful years with GEC Marconi and Hyundai Semiconductor inward investment project in Fife, one of the largest in the UK at the time, Mr Crookston then went onto hold several senior roles across the UK within the Serco Group, including a period as Financial Director of the Serco Denholm joint venture, operating the marine services contract for the MOD.  He also spent some time as the Finance Director for the Defence & Aerospace division within the Serco Group.

Prior to joining Ferguson Marine, George had been the Group Financial Director for 13 years at Briggs Marine, a family owned SME in Scotland, who provide a broad range of marine services, including coastal, near shore, offshore and subsea operations, as well as vessel charter, marine salvage, diving and environmental oil spill response.

Having worked for over 30 years in senior executive positions within the shipbuilding, defence and aerospace industries, Alan Johnston brings to the board of Ferguson Marine a significant depth of industrial knowledge and management experience.  As MD of AgustaWestland UK and CEO of BVT Mr Johnston has had extensive experience in establishing successful JV management teams with different history’s and cultures in both shipbuilding and aerospace.  His experience includes the contracting management of numerous complex programmes in the UK and Internationally. Consequently he is familiar with the challenges of managing outcomes for multiple stakeholders, whilst grappling with technical complexity, customer requirements and industrial issues.

Mr Johnston is a committed advocate of UK shipbuilding and looks forward to contributing his experience to the next phase of the Ferguson Marine journey.

Robert Mackenzie is a board member of Crown Estate Scotland where he chairs the Audit & Risk Committee. He spent 25 years as a Business Technology and Consulting partner at Scott-Moncrieff, leading their Corporate and Consulting Services arm. He has always had a passion for improving public sector service delivery. Mr Mackenzie has an in depth understanding of finance, business and audit, and developed the Firm’s programme and project management advisory services. He was Head of Audit for multiple commercial and public sector organisations and provided training and guidance to Audit Committee and Board members of his clients. Mr Mackenzie was a member of Scott-Moncrieff’s Board for over 15 years and Chair for the last 4.

Alison Mitchell is an experienced Non-Executive and Executive Director with a background in management consultancy, change  management, strategy planning and Human Resources. She is a Chartered Fellow of the Chartered Institute of Personnel and Development and a graduate of the University of Edinburgh.  Mrs Mitchell is currently a Non-Executive Board Member of NHS Lothian and a Trustee of Edinburgh and Lothians Health Foundation. She is also a lay member of the Judicial Appointments Board for Scotland and the independent member  of the Audit and Risk Committee of the Judicial Appointments Commission for England and Wales.  She is an experienced management consultant, specialising in change management, strategy planning and executive coaching.

In her earlier career, Mrs Mitchell worked for many years at Board level in the field of Human Resources and has extensive UK and international experience across a range of sectors, including  Oil and Gas, Technology and Public Sectors.

Dr Stuart Smith brings to the role over 35 years of experience in the oil & gas and subsea contracting sectors with senior management responsibilities for technical and commercial aspects, general management and strategy development.  In particular, he has extensive experience of design and build of specialist ships and knowledge of many shipyards around the world.  Dr Smith holds a BSc and PhD from Glasgow University Department of Naval Architecture and Ocean Engineering, is a Chartered Engineer and a Fellow of the Royal Institution of Naval Architects (FRINA). 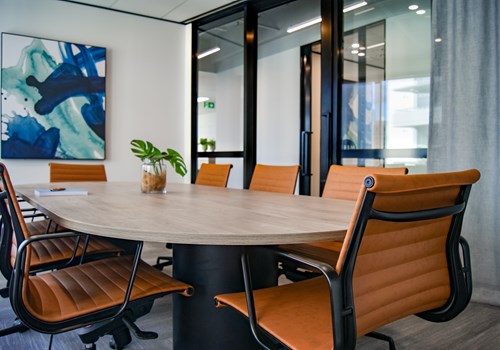 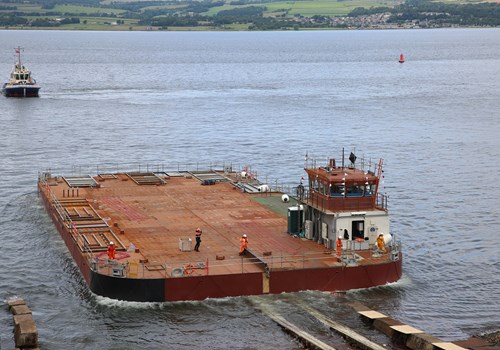 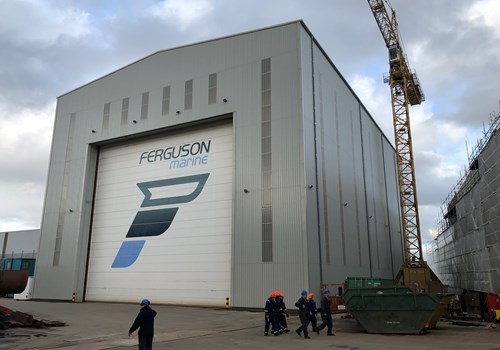